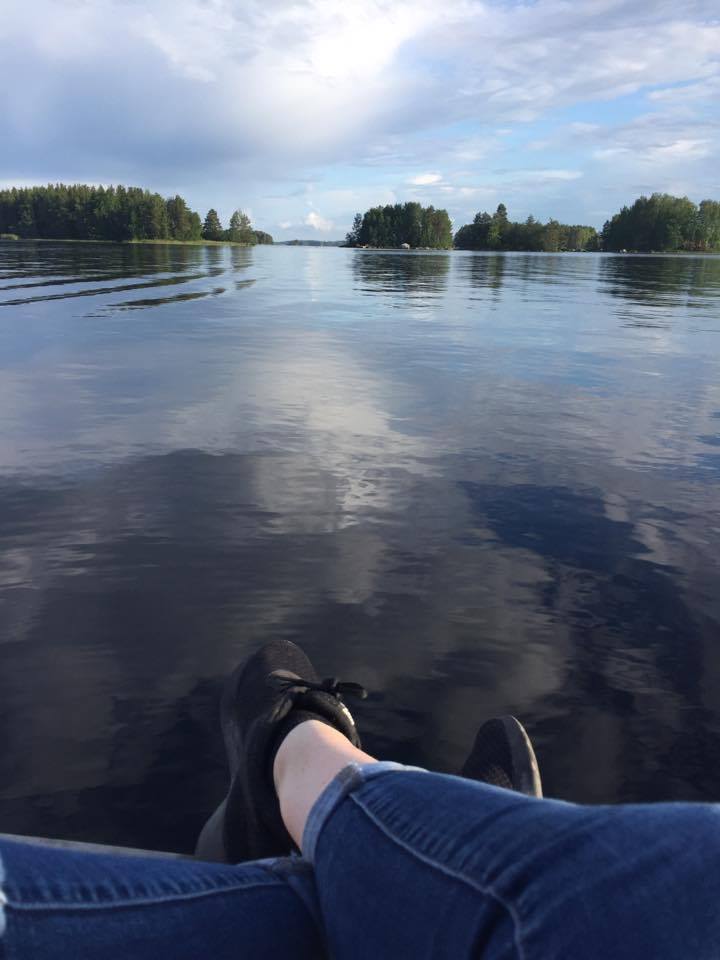 7 months in Finland! My exchange is going so fast…

At the start of the month/end of July I was enjoying the summer holidays as much as I could as it would draw to an end soon. I enjoyed my days with my friends including seeing my Finnish friend for the last time because he is now going on his own year long adventure to Switzerland which I hope he enjoys so much and makes the most out of his time because it goes so quickly. During the week after every time I went to Sauna we would go swimming in the lake right next to our house. The water is so cold considering the air alone is usually 18 degrees but it is such a nice feeling afterwards. For a weekend I got the chance to stay with my 3rd host family and it was lovely to spend it with them. We had grill food, laid in the sun, went swimming, went for bike rides, went to sauna, baked food and so many more fun moments with them that I can’t wait to continue when I move to that family.

At the end of July brought a Brazilian exchange student to Kuopio so he could see what type of place it’s like. I find it funny how I now feel like Kuopio is such a home to me it just feels normal. It feels like my own suburb in Australia but the Finnish version. It’s the best feeling to fit in but what was hard was thinking what to do with the Brazilian because the touristy things become less fun when you aren’t a tourist anymore. Even though we were lost on what to do it was still an extremely fun weekend. 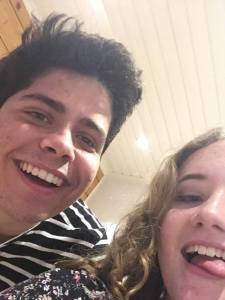 On the very last days of July there was a music festival in Kuopio called the Kuopio RockCock which is basically a rock music festival that lasts two days at the “beach” near the city centre in Kuopio. On the Saturday of the festival my gorgeous 3rd host family took me into the music festival and bought me a ticket. I was so so so happy and grateful. Inside was just Finnish bands however I still knew some of the music and managed to have just as much fun as I would at an Australian music festival. The main highlights were bands called JVG, Roope Salminen & Koirat and Haloo Helsinki. Even though i didn’t know the lyrics I still tried singing anyway. 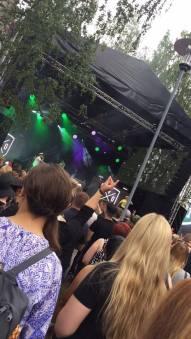 1 week later I went to ANOTHER music festival but this one was absolutely huge. It was called WKND/Weekend music festival and it was held in Helsinki. I don’t think I had seen so many Finns in one place besides this 2 day festival. It was honestly one of the best moments of my life because I was surrounded by the best people (exchange student family), the best music (from all over the world) and just the best atmosphere. Everyone was dancing and even though in front of the main stage there was basically a river of mud it didn’t stop us from dancing in there and splashing around. Not having a care in the world. It sounds silly, but at the festival it made me realise how much love I have for the people I call my exchange student family. I will never forget them and my exchange wouldn’t be the same without them.

The day after the festival all of us oldies went to the airport in Helsinki to meet our newbies that just arrived in Finland from different countries all over the world. It was so cool and weird to meet them, some of which i had talked to for months before they came to Finland and then finally getting to meet them in person but I felt like I already knew them. It was also scary the fact that I was becoming an oldie and my time left in Finland is more quickly drawing to an end.

The end of the month brought on the return of school which I wasn’t unhappy about because it meant I could socialise with my Finnish friends every day and learn more Finnish.

I can’t believe how fast my time is going. In my head I feel like “what have i done in these months” but then I read my posts and watch my videos and see how actually far I have come. It’s so crazy to believe but it’s also one of the best feelings in the world. To see how far you have come, how much you have matured, how much you have seen, explored, emotions you’ve felt, how much more you appreciate. I think it’s a feeling everyone gets in their lives but it takes a long time. For exchange students, all of this happens in the space of a year or less and it makes a huge imprint on our personality and lives.